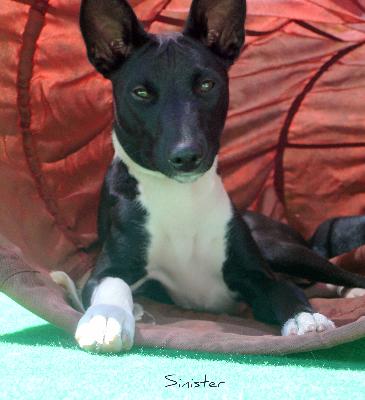 My husband recently purchased a keyboard and having always wanted to learn to play, I decided that now was the perfect time. Oh boy, talk about tough going! Getting my hands to operate independently on the keyboard was a problem and then trying to think ahead to the upcoming chord while keeping a rhythm -- ay yi yi! I quickly realized that I was going to need help! I spent hours on a thirty second section of Fur Elise and in the end if you were in some alternate universe you might have recognized a tiny portion of those thirty seconds as music.

So what, you may wonder, does this tale have to do with dog training? Well it set my mind wondering how long it would take before I was proficient on keyboards. It seems, by most “experts” accounts, I have a long way to go -- as in 10,000 hours worth of long. Apparently 10,000 hours of time focused on any human endeavor will qualify you as an expert if you make continual progress and steady improvement. That answer led me to wonder how our dogs manage to live and be reasonably well behaved with the limited amount of time we devote to actually working with them.

One of the most amazing aspects of dogs is their forgiveness and brilliance in the face of our greedy, inconsistent and often confusing training techniques.

Greedy because we tend to think that when a dog learns a behavior in one context, they will automatically know that we mean, "whenever I say this to you, you must perform a chosen behavior perfectly no matter what is going on in any given environment." Or we are greedy by changing too many variables at one time. Maybe while working on STAY we end up changing the length of time the dog is expected to perform the behavior or we substantially vary the distance from which the behavior is cued or maybe it's noisy with activity in the training area. All that change, all at once, is a lot to ask any animal to accept and remain nonplussed, and I’m including myself in that statement.

Or inconsistent since each family member seems to have a varying expectation of what the dog “knows” and how to get the dog to perform what it knows. Take, for example, my husband with his visual flourishes -- much like Leonard Bernstein conducting the London Philharmonic -- and contrast that to the up-swept palm at my side that I use. To be totally honest when I spotted my husband “conducting” I was confused by his elaborate gesture... but not so our puppy Sinister who promptly offered a sit. This was an oft repeated exchange between the two of them and Sin had learned that if he squatted when this person did the “flourish” then there was certain reward to be had. Meanwhile, I learned I had to let my husband do what worked for him.

Dogs are patient with us even when we are asking too much of them and we need to reciprocate patience with them during their learning. A usefull scheme is to split behaviors and try to reward smaller approximations. This will keep your dog interested not only in working with you but in presenting vigorous experiments to see how he might promote reward for some body movement or behavior.

In my own pursuit, I made it easy on myself by only working on thirty seconds of Fur Elise. My reward for approximating something melodic was to give myself one round of my favorite video game. It’s going to be a long 10,000 hours!!